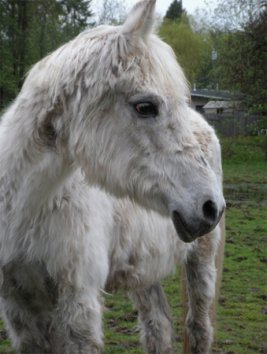 One result can be an over production of insulin and the inability for the animal’s body to properly absorb blood sugar. This is called insulin resistance.

Although equine Cushing's disease can affect younger horses, it usually found in horses over the age of 15. Any breed of horse can develop Cushing's but it is most commonly seen in ponies and Morgans.

Some of the symptoms of Cushing's disease in horses are very similar to Equine Metabolic Syndrome (EMS). They both can cause insulin resistance and both create an extremely high risk of laminitis, also known as founder. Because of the similarities, EMS has been called ‘peripheral Cushing's disease’.

Currently there is no cure for Cushing's in horses. It is believed that horses with Cushing's suffer from low levels of the hormone dopamine. The drug Pergolide is used to help control the production of dopamine. Because too much Pergolide can have very ill side effects it is important to give the smallest dose necessary to get the job done. This may require several blood tests to get the dose just right. The horse will then be on the drug for the rest of their life. 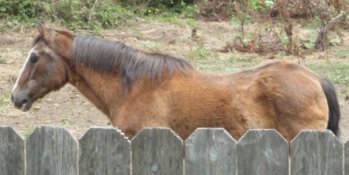 Loss of muscle with cushings

If so, it is important that the horse be feed a low sugar, low carbohydrate, low starch diet with limited access to green pasture. Your veterinarian is the best resource for developing a proper diet for a horse diagnosed with insulin resistance.

What and how much to feed your horse from salt blocks to grain choices.

Learn the causes and treatment of Equine Founder. Is your horse at risk?


This information is written for the horseman to better understand and cope with the variety of disease and injury that can occur during the course of horse ownership. Always consult with your Veterinarian regarding the care and treatment of your equine.