Win the War on Horse Parasites

Horse dewormers play a major role in routine equine health care, because the fact is, horses are nearly constantly exposed to worm infestations. It's so easy for equines to get these nasty little buggars that we horse owners are forced to wage war on equine parasites! 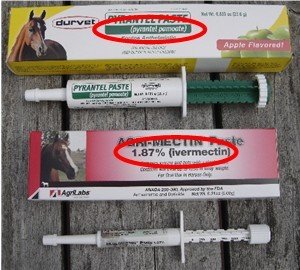 They both have their advantages. The paste type horse wormers are accepted fairly easily by most horses and is easy to rotate (more about rotation later). The feed through wormers work well when you have a horse that is difficult to paste worm (for example, a newly adopted wild mustang) or you have so many horses to worm that individual paste dosing is not practical. If a daily feed through is used, care must be taken that each horse consumes the full dose given with the grain rations.

Active Ingredients of the 5 Horse Dewormers

It is important that no single horse wormer ever be used exclusively. This is because those nasty horse parasites can develop a resistance to the active ingredient in the wormer…. virtually becoming SUPER WORMS….that are hard to kill. We don’t want that.

The way to keep worms from developing a resistance to the medication is to use a different wormer with a different active ingredient each time you worm your horse. Switching from one active ingredient to another is called rotation. That’s why so many people prefer paste wormers to feed through types, because they are easy to rotate.

It is essential to read the labels of the horse dewormers that you are using. You have to look for the ‘active ingredient’ portion of the label instead of the ‘brand name’ of the horse worming company, so you can know what you are giving your horse.

Most of the dewormers are broad based worm killers, meaning they kill a variety of equine parasites. The exception being Praziquantal, that targets tape worms specifically. Equimax brand puts out a horse dewormer that contains Ivermectin and Praziquantal together. The Ivermectin kills a variety of worms, while the Praziquantal paralyzes the tapeworms so the horse can shed them from the intestine. Ivermectin also kills the parasite Onchocerca cervicalis, one of the known causes of equine recurrent uveitis.

Horses with very heavy worm infestations can die from impaction colic when too many dead worms are released into the gut at once. If you are dealing with unhealthy horses or horses heavily infested with parasites, consult your veterinarian for best worming practices.

Special horse worming care should be given to pregnant mares, lactating mares and foals. Pregnant mares are more easily infected with worms as they have a lower resistance while pregnant. The parasites can pass to the unborn foal via the placenta and then later through the milk when nursing. Round worms and intestinal thread worms pose the greatest risk for foals.

Not all horse dewormers are safe for foals and pregnant or lactating mares. Be a label reader. Ivermectin, Pyrantel Pamoate, and Oxibendazole are safe in pregnant mares. Pyrantel pamoate is best for young foals. For safety sake, talk to your vet about the best worming practices before medicating your pregnant mare or young foal.

Foals should be started on a worming program at 4-6 weeks of age and then wormed every month for the first year. Foals are especially susceptible to impaction colic following a worming if they are heavily infested with round worms. Talk to your veterinarian about a safe worming rotation for foals.

Your horse’s health depends on the regular use and proper rotation of horse wormers throughout the life of your equine. Don’t be intimidated by the long names of those horse wormers. It doesn't matter if we can pronounce them right.…it only matters that we use them!

Have more questions about horse wormers? Check out this blog from Horse.com

How to Worm a Horse 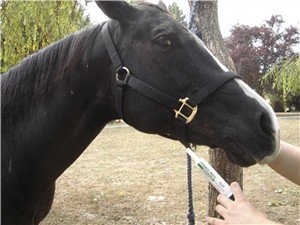 See giving horse dewormers for how to tips. 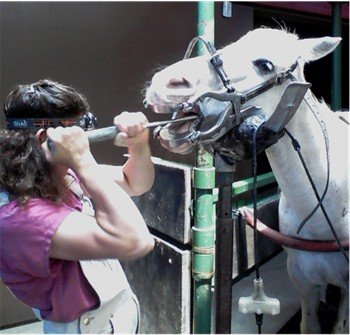 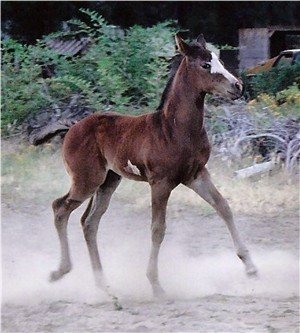 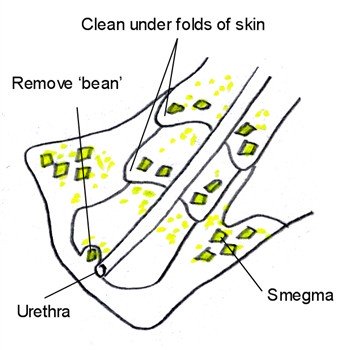 Learn the in's and out's of horse sheath cleaning for your gelding.

Return to top of Horse Dewormers page to easily access the navigation bar on the left for more at Equine Spot.