Was your horse born hot or did you make him that way? Could a hot horse feed be responsible for your horse's unruly behavior? Before you slap a label on your horse, make sure you've examined your feed program first. 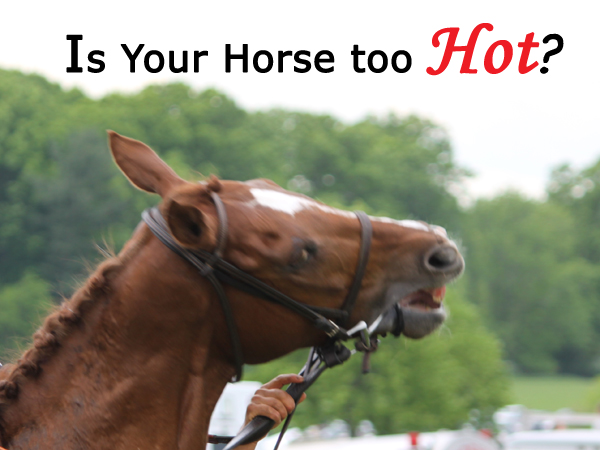 The term 'hot' is used to define both horse behavior and bloodlines or type. When referring to behavior, a hot horse is full of excess energy making them difficult to handle.

When referring to bloodline, we are talking about hot blood breed types like Arabians and Thoroughbreds. It's no coincidence that hot bloods tend to be hotter than other breeds! But is your horse really hot?

Hot Horse Feed: When is it Too Rich?
A Real Life Example

Our horse Red is a registered Quarter Horse. Quarter Horses are known for their laid back temperament; but as you know, the Quarter Horse breed is heavily influenced with a Thoroughbred foundation.

True to his breed, Red is a laid back kind of guy. He's well behaved and trustworthy enough to put beginners on him without worry.

When Red came to be with us he was terribly underweight. I started him out on grass hay, a small amount of grain and a fairly large amount of rice bran for weight gain. I introduced Red slowly to alfalfa hay over the course of 2 weeks.

I started him on grass hay for two reasons. One, he was not used to eating rich feed and I did not want to shock his system. And two, I did not know how he would tolerate alfalfa hay. I specifically chose rice bran as opposed to grain for the same reason. It's high in fat calories without being too rich.

Red bounced back to a healthy weight quickly on this feed program. It soon became apparent that Red is not an easy keeper. He can really put the feed away. Literally, he eats like a horse and doesn't gain an ounce, so I continued to use rice bran as a part of Red's maintenance program.

Months went by. One day we happened to be running low on rice bran. On a whim, I decided to take Red off the rice bran/grain mix and just grain him along with the other horses and see if he maintained his weight on that. By sheer coincidence we were having a bout of rainy weather that kept us out of the saddle for two weeks straight, leaving me blissfully unaware of the effect the new feed was having on Red.

When the weather finally broke we planned to take my daughters newbie friend on a trail ride. Our friend would be riding our trustworthy Red. Things started out great. Then inexplicably, Red showed a side of himself I've never seen before. 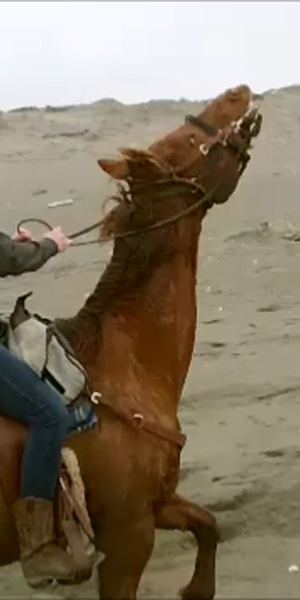 He started tossing his head repeatedly. He was agitated and wiggly. He refused to walk and started to jump and pop over the tiniest of obstacles. He became so unruly that my daughter swapped horses with her friend.

Red was a handful even for her. He was lunging over every little incline, crow hopping and even throwing in a few bucks for good measure. Even though he was well conditioned, Red was sweating like a stuck pig from head to toe and breathing like he had just run a marathon. What in the devil had gotten into Red?

Then it hit me: TOO MUCH GRAIN!

Red was literally under the influence of a hot horse feed high. It's the horse equivalent of putting rocket fuel in your gas tank. Poor Red! I had done this to him. It was all my fault. I immediately went back to his old feed program and within 2 days Red was back to his normal calm.

Alfalfa is a very rich hay all by itself. With the added increase in grain concentrates, it was just enough to push Red over the edge. Hindsight is 20/20. Red tends to sweat more than our other horses given the same exercise. I suspect the rich alfalfa to be the cause. He would likely do better on a grass alfalfa blend.

Why Use a Hot Horse Feed?

Plain and simple, some horses need it. Race horses are a classic example. Their owners want to create as much energy as possible and channel it into a winning run.

You have to find that fine balance between performance, behavior and weight maintenance. When choosing a feed program, take these into account:

What are Hot Horse Feeds?

Most grains are considered a hot feed. Sweet feeds with molasses and feeds with a high sugar content like corn, are hotter than others. Barely has the lowest sugar concentrate of the common horse grains.

Though alfalfa hay is not high in sugar, it is a very rich hay, as is a quality oat hay. Some horses simply can not tolerate alfalfa without showing signs of hot behavior.

If your horse is hot and difficult to handle, take a good look at your feed and exercise program before you label him problematic. The fix just might be easier than you think!

More Equine Topics You May Enjoy

Packing with horses - Get tips and how-to's for a successful ride. 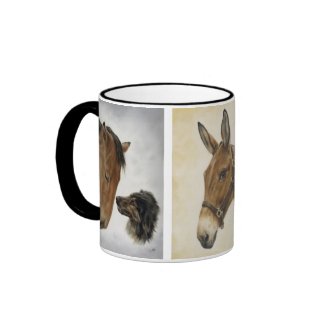 See horse hoof anatomy inside and out for a better understanding of your horse's feet.

Easy Sand Test - An easy sand test at home is a simple way to find out if your horse has sand in their gut. If your horse tests positive, you can do something about it.